(Grand Rapids, MI) — Only a couple months ago, we caught wind of a new Grand Rapids competition (sparked by an idea at the monthly 5x5 Night). It challenged over 40 local restaurants to create a “Grandwich”, an original sandwich that reflected the city and used local ingredients. Generally speaking, I liked the idea. I mean, I am a foodie, and the prospect of trying a bunch of different sandwiches—one of which would become the “official” sandwich of Grand Rapids—sounded like a lot of fun. 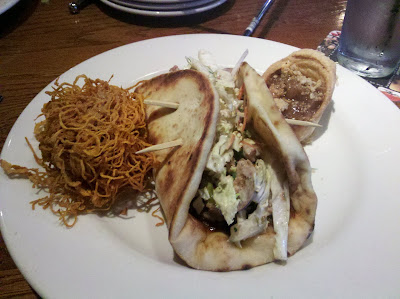 Other people didn’t feel the same: “You can’t manufacture culture!” “If Grand Rapids needed it’s own version of the Philly Cheese Steak, people would have chosen one long ago!” “This is just a popularity stunt!” Despite the outcry, armed with a spreadsheet, I set out to sample as many of the Grandwich entries as I could.

Founders: Okay, so I’ve had the Devil Dancer more than once and it is a deliciously spicy meal. Chicken, muenster, pepperjack cheese, jalepeno, chipotle and banana peppers, red onions, and chipotle mayo on french bread. Not for the faint of heart, and even though I knew it wouldn’t appeal to everyone, it’s still quite original, so it got a vote.

HopCat: Right out of the gate, I was blown away. I’m not the world’s biggest sloppy joe fan, but topped with jalapenos, very addictive crack fries, smothered in beer cheese sauce, all on a brioche bun...that’s pretty hard to resist. And it’s only $4 with a purchase of a beer? Sold! Without even trying the rest of the competitors, I picked HopCat to win.

25 Kitchen + Bar: How can you go wrong with braised pork shoulder from Sobie Meats? Evidently, you can. It was way too dry and the weird cherry apple chutney did not help. The challah bread was good, but the contents left much to be desired.

4th Street Deli: Only a walk away from home, I was amazed I’d never tried any of their offerings. It took some time to prep, but their grandwich just wasn’t worth the wait. Honey garlic mustard overwhelmed the chorizo kapusta, ham, and queso fresco.

Stella’s: The Parmesan Roast Beef Club held top spot on the popularity ranking for quite some time, so we were excited to zoom downtown for a fast lunch. Unfortunately, a server shuffle and some misplaced orders made us quite late. Despite that, the sandwich delivered though it came off the grill with unevenly distributed ingredients.

six.one.six: I had really high hopes for a Croque Madame, and it was classically delicious, but the high price and the straightforward presentation (with the egg not presented on top, but inviting bread on top) couldn’t win, not in a million years. It still got a vote because it was tasty.

Tavern on the Square: After enduring some solid but unworthy entries, it was a breath of fresh air to try the Faygo Root Beer braised brisket topped with fries, root beer bbq, and slaw. Really really delectable! For some unknown reason, this scored low among the voting public and that’s a damn shame.

Bistro Bella Vita: Luck struck twice in one night, as we split the roasted Pine Crest beef topped with pickled veggies, onion, goat cheese and peppery arugula. A confident representation with plenty of Italian characteristics. It left me wanting more.

Bobarinos: Against all odds and expectations, the grandwich offering at The B.O.B. literally blew my socks off. I’m no devotee of Gilmore restaurants, and to be completely honest, I thought the pulled pork-on-naan concept would fall flatter than a pancake. I gladly eat my words now, because not only was it the best grandwich I had the honor of tasting, it was one of the best sandwiches I’ve ever had. Period. I could not stop eating it, and it is a honking huge sandwich. Every bite had something new going on. And though some people took issue with the concept, I felt each component represented a global, multi-cultural Grand Rapids: pickles, naan, andouille. To me, it was the sandwich that deserved to win. And it did. Congrats!

Monarch’s Club: The kielbasa/kapusta sandwich here tasted pretty good, but nothing out of the ordinary. At this point, it was pretty hard to top Bobarinos’.

We also had plans to try Green Well and Winchester, but both places were totally swamped so we ended up over at Brewery Vivant. Our luck would not hold, however, as Brewery Vivant would only serve their grandwich for lunch(?!?). Epic fail. (They later repealed that decision after I complained on their Facebook page, but it was too late for us to try their DLT again. Oh well.)

In the final analysis, it was enjoyable to try so many different visions of what a Grandwich might be. I’m proud of those restaurants who really stepped up their game and strove to deliver a sandwich worthy of this city. For those of you who may still take issue with the competition, I say, relax a little...have a Grandwich down at The B.O.B. and make sure to try one of John’s brews while you’re there.
Labels: grandwich
Location: Grand Rapids, MI, USA 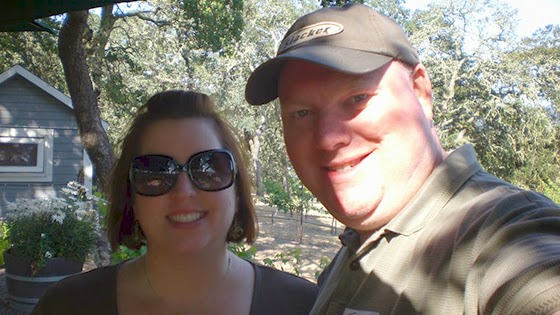