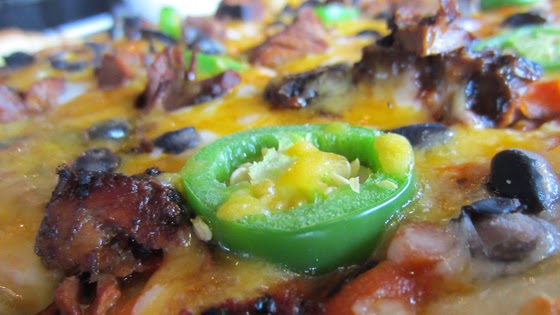 (Sawyer, MI) — We’ve all been there...commuting every day to work, returning straight home, eating leftovers, and going to bed early just to do everything all over again tomorrow. It’s easy to go a little stir-crazy, so when the weekend comes you want nothing more than to get out of the house and experience something new. So it happened to us, one fine wintry Sunday. We’d plowed through our refrigerator and now it was time for lunch at Greenbush Brewing Company...

In August last year, my brother and I stopped on our way back from Chicago to a little town called Sawyer, Michigan. It was a quaint burg that just happened to host Greenbush Brewing, one of the new breweries on the scene. Our experience was so good, I vowed to return soon.

Well, soon turned out to be over one year later. During that time, Greenbush grew to become one of Michigan’s most notable breweries and one of my favorites. Their unique and tasty beverages popped up in pourhouses statewide. Still, I yearned to return to their home base to sample more of their food and once we settled in “down south”, no excuse could deter me from dragging Juliet in for lunch.

We arrive a few minutes after noon, and only two other tables have beat us to the punch. The taproom has expanded since my last visit, opening up the floor for more tables and a view into the brewhouse, where a determined brewer scampers over the kettles. Holiday decor brightens our mood and although the cold day is characteristically drab, the front windows allow in a lot of light.

Our server is a fun-loving lady who answers all our questions, and makes wise recommendations. I’m a sucker for Black IPA so I begin with a snifter of Rage. It’s deliciously smooth, kissed with licorice, and belies none of the heat expected at 14.6% ABV. To please Juliet, I suggest we order the Joique Wings ($8). She’s more of a wing fanatic than I. The 9 wings, an equal mix of nice-sized drummies and flappers, have been smoked and marinated with jerk rub then tossed with Joique sauce. I grab a messy drum and chomp down. In that one bite, I’m now a fan of wings too. They are almost-crying spicy but succulent and smoky, close to addictive. They definitely give Hooters cajun wings a run for the money. I strip them to the bone, then sit back in satisfaction. I barely give the Bacon Blue Dip & Kettle Chips a look. They are great, too, but I’m still in the throes of chicken love. Wow.

The pizza special of the day is black beans, jalapenos, cheddar cheese, and smoked brisket. How can I resist? Their dough is thin, crispy, and utilitarian. With all those tasty toppings, it doesn’t really matter; it serves a purpose. And what toppings! The beef is melt-in-your-mouth and smoky enough to rival the wings. My only complaint is the jalapenos aren’t properly deseeded, so the spice level is astronomical, almost painful.

A delicious pint of Brother Benjamin ends our meal, the hopped up imperial IPA made with honey is the perfect balm to the heat I’m experiencing. By now, the taproom is bustling. David Bowie plays on the stereo system. We enjoy this last bit of warmth before paying up and shuttling home through the cold.

We’ve been meaning to get to Greenbush ever since we moved to St. Joe, but each weekend something derailed our plans. Finally, a rarefied Sunday presents itself with no plans, no impending snowstorm, no household chores, and no early flights scheduled for Monday morning. After sleeping in, we slug down a few espressos and beat feet for our version of brunch...brews and bar food at noon!

The place is nearly empty as they’re just opened. The hostess and our server are both good-humored gals who both clearly love what they do. There’s a great vibe among the staff. Servers joking with patrons, dancing their way to tables, raving about the food the chefs are turning out, etc. It’s an incredibly warm and welcoming atmosphere. I find myself dreading the thought of leaving and we’ve only just sat down.

Jeremy’s very familiar with the beer list, but not being the aficionado he is, I order a Virgil’s cream soda to buy some time with the beer menu. We both agree to share an order of the Joique Wings, jerk marinated then smoked, and the Bacon Blue Dip and Kettle Chips. The wings are spicy from the jerk and full of flavor from the smoking. Daubed in the barbeque sauce or the dill-infused ranch dressing that accompanies, they’re downright heavenly. I honestly consider ordering up a second batch for just myself. The chunky blue cheese dip is studded with thick crumbles of bourbon bacon. Dunking a kettle chip into the dip is pretty much like gilding the lily.

Our server tells us the brisket is particularly good today, but after a summer of competitive barbeques, I shy away, opting for my go-to dish—macaroni and cheese. Jeremy insists I order the brisket “add-on” but I decline; I truly don’t want it. Our poor server has that deer in the headlights look and isn’t quite sure what to do. I concede and ask her to add the brisket but put it on the side. It’s only $2 so I figure it will be a few measly slices. Instead, a large ramekin piled with shredded brisket accompanies a ginormous skillet of cavatappi pasta coated, but not drowning, in cheddar Parm sauce. It’s cooked perfectly and I have to admit, with a bite of the tender smoky brisket, it’s darn good.

For beer, I quaff a pint of Anger, a black India pale ale, with the starters and a pint of Stockholm Syndrome, a wheat with herbs and grapefruit zest, with the cheesy pasta. Both are solid, but between the apps and the two pints, I can’t finish even a third of my pasta. They wrap it to go and I can attest it tastes almost as good reheated, as does the brisket. This is no ordinary bar food; it’s elevated and creative. I’m already looking forward to a repeat visit for another Greenbush “brunch”...maybe next time with a group of pals and a few orders of those wings.