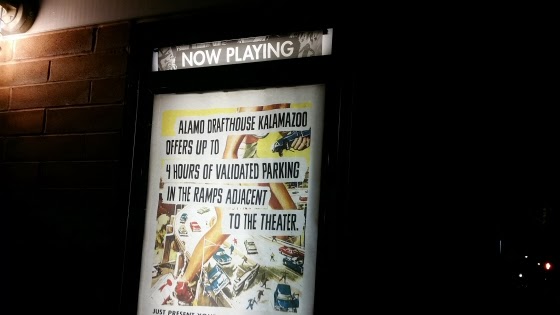 (Kalamazoo, MI) — Ever since visiting Austin, Texas last Christmas, it’s been difficult to imagine going to any other movie theater than Alamo Drafthouse. Short of moving to the southwest, the experience seemed destined to go down in the annals of history. That is, until Alamo announced it had purchased the defunct Rave theater in downtown Kalamazoo. With bated breath, HeFed waited patiently for this fabled moviehouse to open...

Watching last year’s THE HOBBIT in 3D and 48fps at Alamo Drafthouse was, hands down, the best movie-going experience of my life. Not because the film was all that mind-blowing, but because Alamo caters to movie lovers like myself with a balanced mixture of first-run films and independent flicks. In addition to great films, each movie is given a customized pre-show, featuring clips and songs pertinent to the title you’re about to view. During that pre-show, you’ll meet your server who brings you food and drink from a vast menu of culinary delights. Oh, and there is absolutely no talking or cell phone usage allowed once the movie begins. Do so and you risk being ejected without a refund and, in some cases, banned for life. 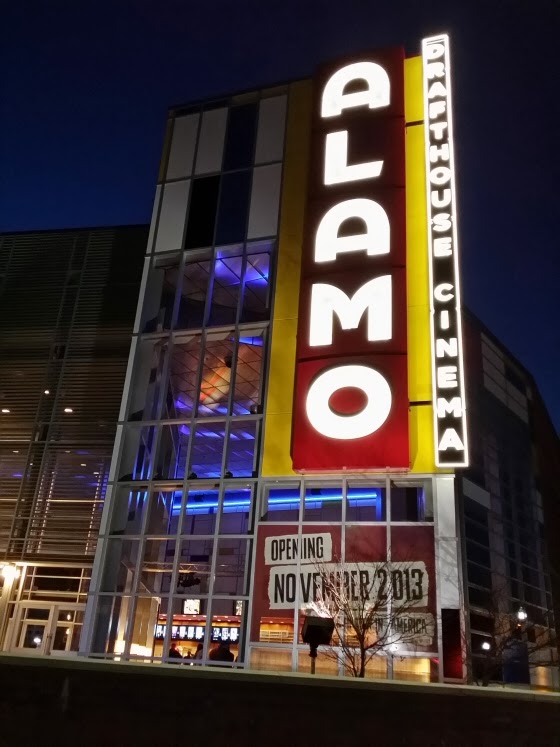 Although Alamo Kalamazoo was scheduled to open in October, mid-November rolls around before the grand opening is announced. I immediately pounce, snapping up tickets to see ENDER’S GAME with my brother. (We had wanted to see MACHETE KILLS, but that movie had fallen from grace too soon.) On our trip, the theater was in “dry run” mode, where food and non-alcoholic beverages were half off. We were still full from lunch at Latitude 42, but managed to coddle pints of Greenbush Anger Black IPA. Our server was prompt and friendly. In fact, everyone seemed so upbeat and cheerful. After the credits rolled, the assistant manager approached us to get feedback. We thanked him for a great time and promised we’d be back. We memorialized the occasion with a snap of my brother hugging Barbarella. 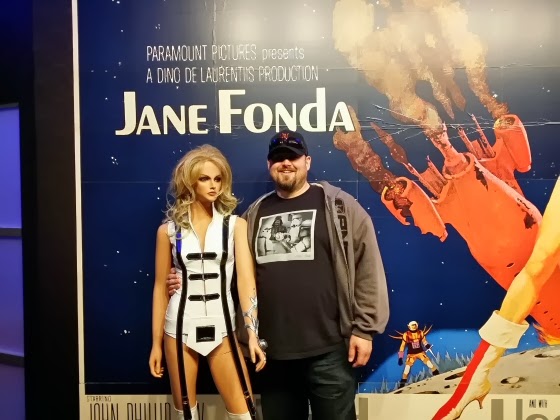 A few days later, I’m back for a special “one night only” screening of RESERVOIR DOGS on Alamo’s official grand opening. Special guest Michael Madsen has come to town for some Q&A he’s signing autographs and posing for photos just inside the entrance. I know I’ll regret it if I don’t get in line and meet him. He’s super cool, as you might expect, throwing his arm around my shoulders and grinning impishly for my camera. 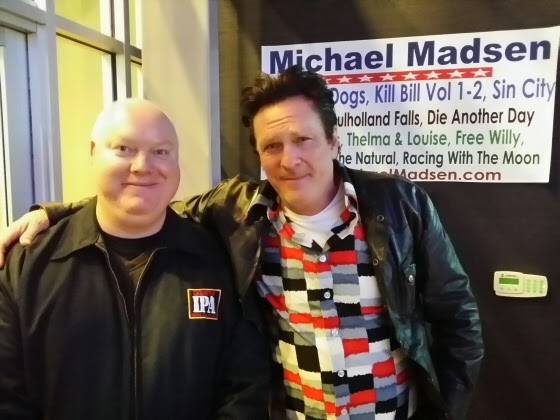 After my brief brush with fame, fellow Tarantino fans arrive, fresh from Grand Rapids. (And why Grand Rapids doesn’t yet have an Alamo Drafthouse is a mystery.) We have a few minutes before the show, so retire to the lounge where a server brings us drinks. I enjoy a Saugatuck Bonfire Brown but midway I notice they have a fair number of rotating taps that aren’t represented on the menu. Stone’s 17th Anniversary Ale? Are you fricking kidding me!?! I make a mental note to snag one once inside the theater. 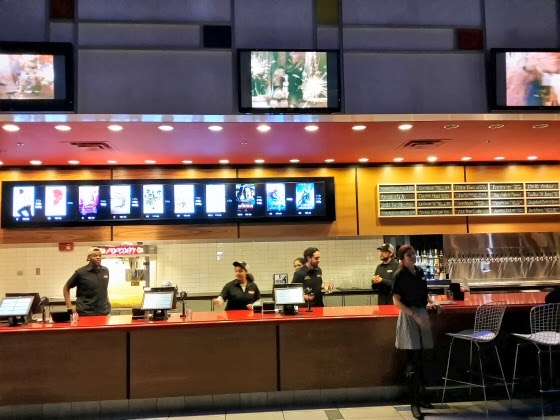 RESERVOIR DOGS is as incredible as expected (this is probably my 7th viewing). Having Michael Madsen in the house to introduce and, later, do Q&A is what we paid for. He’s friendly, funny, and full of anecdotes. This is what Alamo does best: connect rabid fans with the objects of their fantasy. Alamo projects at the proper lumens and delivers a balanced audio mix. Each space is well-insulated so you won’t be hearing the show next door. I can attest to the deliciousness of the spicy pork burger. I’ll be headed back this weekend to treat my wife to the second HUNGER GAMES flick. You decide if it’s because I love her or the theater more.