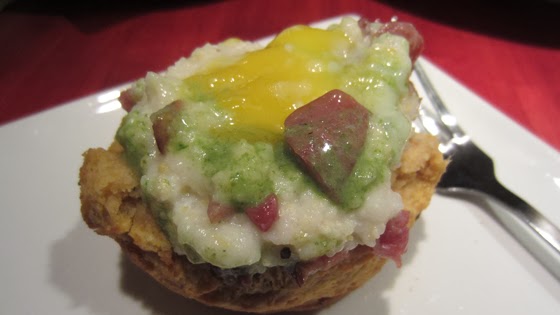 Our annual round-up of the Best and Worst experiences is a chance for us to savor those opportunities which panned out, and to reflect on why certain adventures turned sour. We’re happy to report, in 2013 we produced the most website entries of any previous year, and we found our stride while writing our monthly column for Grand Rapids Magazine. Heck, we even managed to squeak out a feature article here and there! Travel-wise, we managed to visit Texas, New York, Montana, and took a road trip along the California coastline from Los Angeles up to Santa Rosa. We’re hoping for many more culinary diversions in 2014 and ask that, as you read the entries below, keep in mind your mileage may vary. Let us know in the comments if your own adventure turned out differently. Meantime, here are our picks for Best and Worst!

Although it might be stretching the rules a bit, I had a difficult time not including the Crawfish Boil party at our friends’, Cookie and LettersToJ. Not only was this an eye-opening first for me, since I’d never even had crawfish prepared like this before, but it showed me what quintessential hosts our friends can be. The beer flowed freely, everyone pitched in with side dishes, and the act of “sucking the head” was just as tasty as everyone promised. Also in the running for a Best nomination, our visit to Santa Barbara’s La Super-Rica Taqueria delivered up taco stand fare that far surpassed every expectation set by both Chef Dan and Julia Child. I’m still dreaming of #13... A perfect sunset dinner on the patio of Bistro Foufou nearly took top honors. It’s hard to beat French wine and food, especially succulent escargot, tender steak tartare, and an exquisitely prepared pork chop. However, when all the chits are counted, my pick for the Best experience of 2013 is Salty Sow. Austin, Texas is known for outrageous happy hours, and this one does not disappoint. From champagne, to truffled deviled eggs, to goat cheese fritters, to crispy brussels sprouts, and much much more. The honey rosemary dipped fried chicken haunts my dreams. It certainly didn’t hurt to have a beautiful woman sharing every bite with me, and I’m very happy to have experienced Salty Sow with her.

Once again, we had a year full of travel, new friends, and culinary adventures. Bistro Foufou in Traverse City wowed us with fabulous French fare, impeccable but approachable service, tasty beef tartare, and the best crab cakes I’ve ever had. Our server gets bonus points for recommending a terrific but vastly affordable bottle of wine. Here in our new hometown, bread+bar has become a regular favorite with innovative starters—don’t miss the tartines or bacon cheddar biscuits. Salmon on lentils is perfect for when I want to feel virtuous, and roast chicken with Robuchon potatoes is perfect for when I don’t. Desserts are killer and I can vouch for their lunchtime ham and cheese croissant. The Hitching Post II delighted with its kitschy retro vibe. Where else can you get a relish tray and shrimp cocktail thrown in as part of the meal? The entire place smells of baked potatoes and luscious steaks grilled over California wood. With a character like Chef Frank Ostini at the helm, what’s not to love about this place? But my all time fave of 2013 is Salty Sow, featuring $4 happy hour specials with generous wine pours and truly amazing apps. Rosemary fried chicken with honey? Green eggs and ham on grits? Goat cheese fritters? Butterscotch budino? My mouth waters just thinking of it all. I still stand by my description—it’s like Reserve Grand Rapids and Purple Pig had a love child.

It seems with each passing year, our Worst list is much harder to compile. Not because we have such perfect experiences, but because we’re more apt to find the good among the bad. Even a horrible restaurant can get some things right. So it is with Salsa’s Mexican Grill, whose crime is mediocrity. Items on the menu that are unavailable, odd-tasting deep fried jalapenos, and inauthentic breakfast enchiladas all add up to a shrugworthy lunch. Real Food Cafe gave me a breakfast of overpriced thick cut bacon that is floppy, thin, and lacking in flavor. The waffle sandwich looks better on paper than it does on the plate. And Juliet’s biscuits and gravy are downright inedible, thanks to a pepper shaker gone crazy somewhere in the kitchen. Still, the service was good so it can’t be classified as the worst. Vestal Inn wants to be more than the sum of its parts, but can’t escape the ghostly remnants of its smoke-filled past. How can you condemn a bar for being a bar, though? The pizza was tasteless, the deep fried mushrooms was disgustingly slimy, but the beer is cold and domestic. Points for the shuffleboard table, too. So what can beat wafts of urinal cake? How about bony goat? Palace of India took over a pretty decent pizzeria across from our local bowling alley, painting the walls with murals, and delivering a too-long menu of Indian dishes that taste like they’ve been stewing in back for days. Spicy Bengan Bhartha can’t offset greasy mutton. Pair that with add-on pricing gone berserk and horrible service, and you’re left with the Worst.

It might sound trite, but finding some “worsts” was difficult; we’ve been very lucky to have overwhelmingly positive experiences. We typically chalk up a bad experience to catching the place on an off night and rarely will we never return to an eatery based on only one experience. (I’m looking at you, Bar Divani.) The common denominator seems to be service in nearly every case. I had high hopes for Hog’s Breath Inn, but the grotty, creepy, rundown bathroom (I momentarily thought I was in a Hostel movie sequel), completely inept service, and rusty salad greens made for a less than inspired lunch. The words aloof, unfriendly, rude, and rushed come to mind when looking back at our server at Mochica. More disappointing, it was our one night to visit with a dear friend I’ve known since college and we were treated like intrusions rather than paying dinner patrons. Inattentive to the point of nonexistent service coupled with painfully overpowering onions in the crab salad made me give Lambert’s Downtown Barbeque low marks. But the worst experience of the year was breakfast at Real Food Cafe. The undercooked, gummy biscuits swimming in an overly seasoned pepper gravy made breakfast literally inedible. The eggs were overcooked, even scorched in spots, and the “thick sliced” bacon was thin and overpriced. Breakfast is so darn easy to make at home, it’s experiences like this that make me shy away from eating breakfast out. If I know how to cook eggs properly...why don’t they?